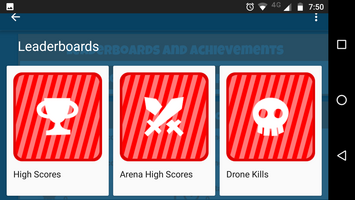 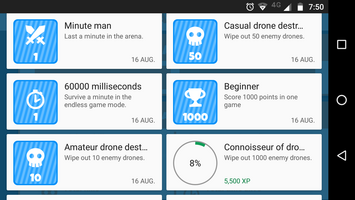 Rogue Drone on android now has achievements! A bit over 30 of them in total, you can check your progress either in-app under the achievements section (previously stats section) or directly from the google play games app.

On android there is now 3 leader boards, clean ready to be conquered give them your best shot here  https://play.google.com/store/apps/details?id=com.redmintgames.rogueDrone

This was my first game and wow, the release was so much harder and way more nerv racking then i could have possibly estimated, but it's a week in now and you guys have been amazing  messaging me suggestions, bug reports and general ideas across every platform I launched on.  so a big thank you to everyone in the Indie community for your support.